Located on a favourable, frontal sea-view position, hotel Conchiglia faces that quiet part of golden beach that lies between Marina square and Nember square in Jesolo Lido. The hotel is also easily reachable for people travelling by car and well linked to most public transports.
Our 3 star Superior hotel is placed on the west zone on the beach of Jesolo lido

To get to Jesolo follow the indications for Lido di Jesolo/Cavallino. Drive along the main road ( via Roma dx ) for about 1 km; turn left at the street crossing for Piazza Marina/Aqualandia. Drive through two traffic-lights and Marina square then at the next crossing with via Padova turn right and after 300mt you’ll have reached the Hotel. 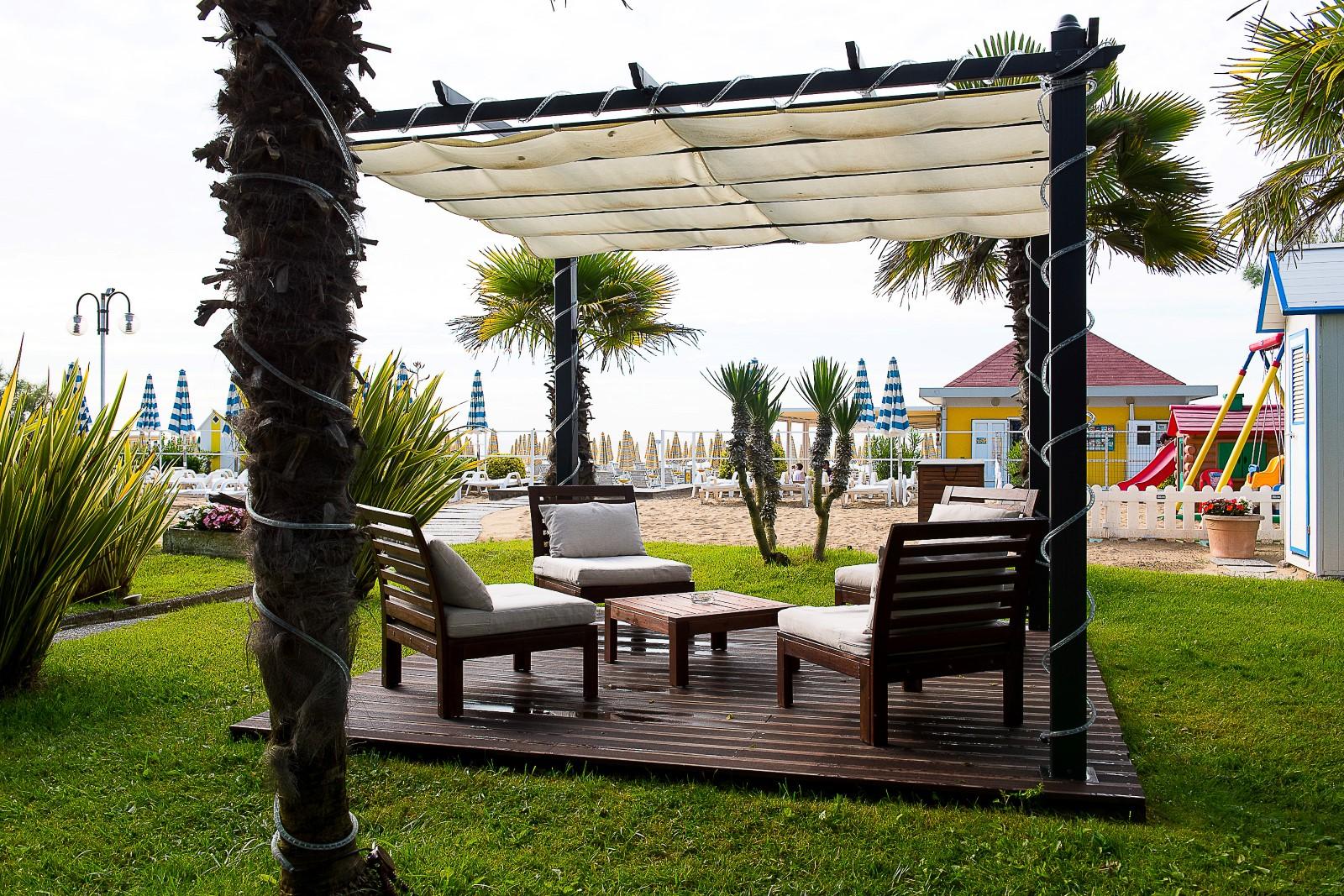 How to reach us

- From Venice Marco Polo to Piazza Drago: The bus stop is right opposite the arrival terminal. Ithe one-way ticket costs 3.60 euros. Tickets can be purchased at the ticket machine is located next door. Arrival at the station in Jesolo in after 35 minutes. From station to 'the hotel's complimentary shuttle prior notice. At this URL you will find schedules of links:

ATVO
- From Treviso Canova Piazza Drago: The bus stop is just outside the arrival terminal. Tickets can be purchased at the ticket machine is located next door.
Arrival at the station in Jesolo in after 40 minutes. From the station at 'the hotel's free shuttle service, upon notice to this URL you will find schedules of links: www.atvo.it
Note: you can not buy tickets on board the bus, but they are only sold at authorized ticket.

If you prefer you can complete the second part of the route above including taxis. If you want to take a taxi directly from the Marco Polo Hotel Villa Roberta fare is around 65/70 euros, while Treviso Canova Airport the cost is about 75/85 euro.

Treviso Airport is located about 35 Km from Jesolo and 3 km from the city center of Treviso (about 10 minutes by car). Buses leave from outside the airport direct to Jesolo and journey time is approximately 40 minutes. Schedules and other information are on the site www.atvo.it

HOW TO REACH US

Once arrived in jesolo, at the big roundabout, follow the direction Jesolo Lido ovest - Cavallino. Go on via Roma destra until the crossing with piazza Marina sign near Aqualandia (the aquatic park) Turn on left in via Buonarroti and straight on until the fourth crossin with via Padova. Turn on the right and go on for about 200 meters.